The Untold Story – The Rise & Downfall Of Rapper “Muzo AKA Alphonso

Today, we take a deep look at some reasons why Zambian rapper Muzo aka Alphonso is slowly vanishing off the music scene.

Not so many people still talk about Muzo aka Alphosno even those that he used to give free money in clubs and at his home village. When we tried to ask girls that used to party with him, they blasted ZambianMusic.net

About three years back, Zambian rapper Musonda Chishimba, that some of you know as Muzo aka Alphonso was selling like a plate filled with Nshima, served with fish and a cold beer in the music industry. All upcoming artistes wanted to do a collabo with him especially Lusaka based artists who thought that, it was then the only way they would get fans from the Copperbelt region. Muzo dropped hit by hit and he seemed unstoppable by then.

The public loved his music; his fellow artists begun admiring his bars and trust us, Muzo made some good money and moved places around Zambia. I swear, getting Muzo to perform on a concert or an event was a hustle. His schedule was so tight and so he always chose where to perform.

Even some media houses would send talktime to his closest friends by then just to have him for an interview via phone. It would take some good and trusted journalists to reach Muzo. Getting an interview with Muzo aka Alphonso was every radio presenter’s dream. His fan base was growing strong and when he held his foremost concerts, they almost sold out. Girls were obsessed with Muzo’s fame too. 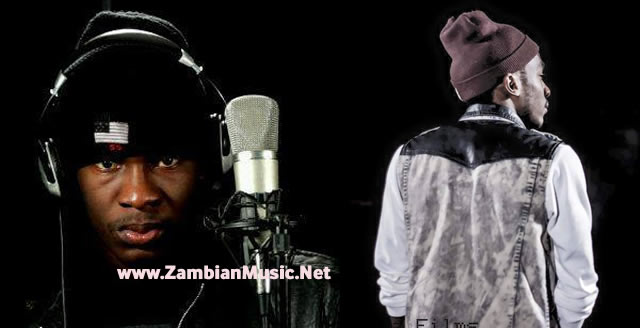 The Beginning Of Muzo’s Downfall:
Muzo has not produced quality music in a long time. He was nominated in some local awards and most Zambians, more so the youth expected more good from him. However, he has slowly lost the popularity. Today, we take a deep look at some reasons why Muzo aka Alphonso slowly vanished off the music scene like a candle when Zesco is off.

Management:
When Muzo fell out with his Kopala Swag, things started falling apart. We’re not claiming that Kopala Swag determines one’s destiny in the music industry, But, to some point, Kopala Swag has introduced so many artists in Zambia that are now atleast enjoying a little fame through it. And so, Muzo’s decision to quit that label set him back to zero.

Internal fights:
A Kopala based music producer told ZambianMusic.net that, when Muzo started gaining fame, he grew horns and tails, so he started disrespecting some of the producers he was working with. He always had verbal fights with most of them –  a thing that affected his journey to success musically.

Drugs And Alcohol:
For a matter of fact, Muzo was always drunk. Upto now Muzo would drink on a daily basis from Morning to evening only that he nolonger has the Kwachas to order for a crate of Mosi Lager. So how do you expect a rapper, who is on cloud nine, after taking his weed and alcohol to produce top quality music? To prove you right, Muzo had a close friend called Nicholas Kansansa who used to be his manager for the WEED. They would smoke weed from sunrise to sunset. Nicholas made sure that Muzo had enough weed before jumping on stage. This affected Muzo so much especially on the work rate.

Constant Production Of Songs:
Muzo is rumoured to be having sooooo many songs that can last him up to the next world cup without recording any new one. He used to record and write songs each day. In the process, he lost it when it came to releasing music. While still with Kopala Swag, his bosses used to advise him on when to release or not to. Therefore, they would control him something his new management with Kasama Swag failed to execute.

His DressCode:
This was not a big reason, but to some point, we had to include it since one of his die-hard fans brought it up. On so many events and concerts, those that know Muzo will tell you that he used to put on the same jeans and shoes. With the current trend in fashion, an artist can not survive the demise unless they change their wardrobes.

Girl Friend:
Actually this was supposed to be reason number one, but we chose to bring it last because it was our top most. A few years back when Muzo broke through, he got so many girls that all wanted to taste his big whooper. Some succeeded but most of them failed. But there was this one babe that Muzo truly loved. Those that used to be close to Muzo will tell you that, this babe used to own a restaurant on the Copperbelt land and she used to inject all her hard earned money into Muzo. This means, she would make orders on anything attached to Muzo. One day, Muzo and this babe had an argument centred with money. She asked Muzo as to why he was never paid every time he performed alongside the Kopala team. The questions were so many yet Muzo had few answers to them.

Since then, this babe advised and gave Muzo an ultimatum to quit Kopala Swag or else she dumps him. Muzo had no other option other than leaving Macky 2’s Kopala Swag – and now, here we are, but where is Muzo aka Alphonso ??? When did you last attend a show that featured Muzo ??? How many copies did he sell off his “I am Asia” Album ??? Follow Us On Twitter @ZambianMusicNet and Follow Us On Instagram @ZambianMusic

Top Trending TALK TO US